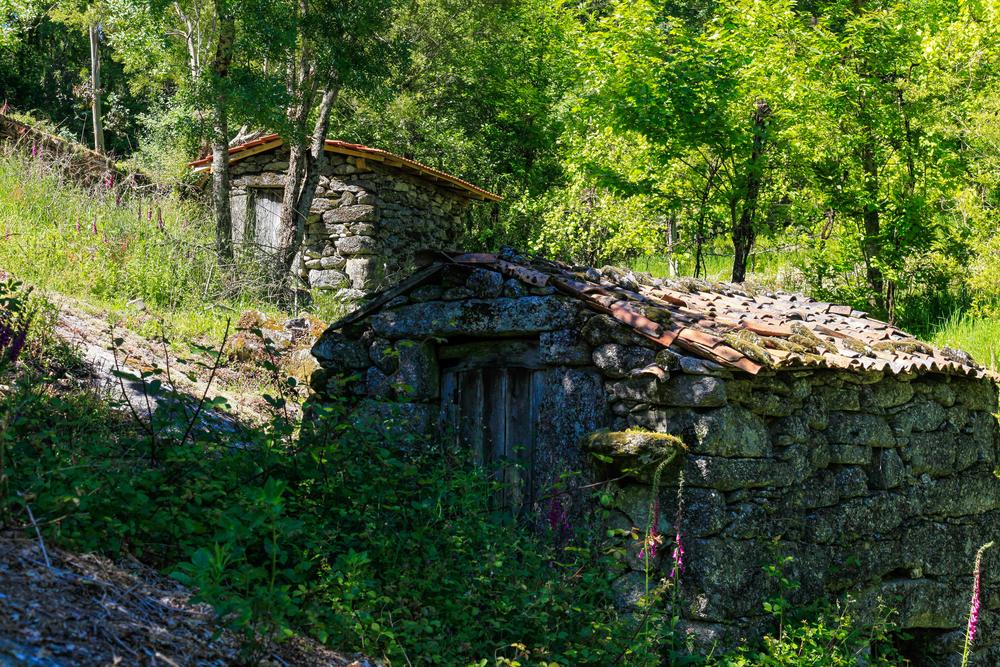 The Village of Urjal is located on the slopes of Serra de Santa Isabel and the mount of Abadia, in the parish of Seramil. The historic core of the village, partially recovered for tourism, consists of Minho typical house and granaries. On the perimeter of the village there are water mills, and nearby Serra de Santa Isabel passes a section of the Roman Geira, the Roman road Bracara Augusta - Augusta Asturica. 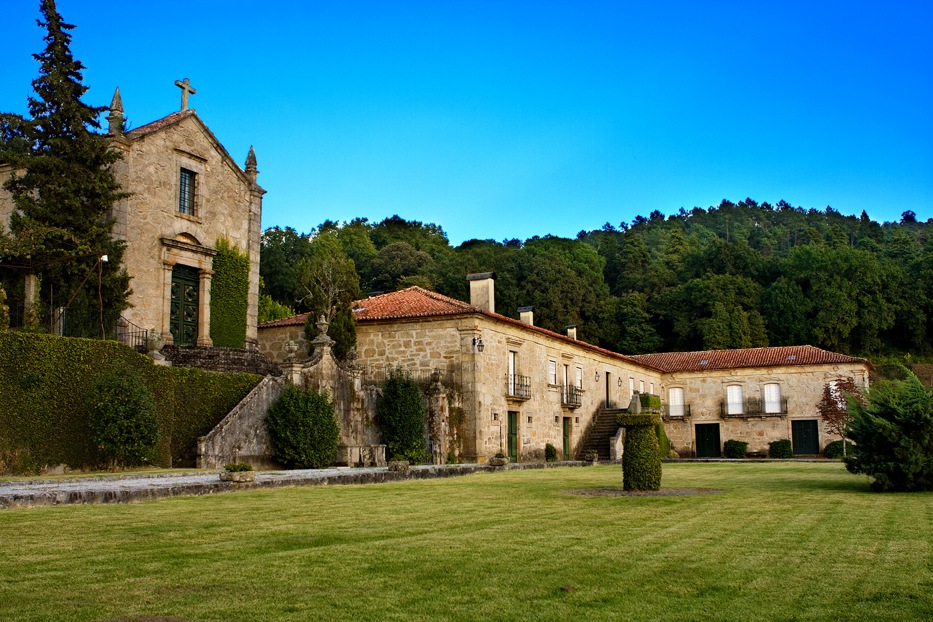 Built in the sixteenth century, in the parish of Fiscal, is a typical example of civil architecture residential, Mannerist and Baroque.

Casa da Tapada was built by the poet Francisco Sá de Miranda, where he lived the last years of his life.  At the farm they produce green wine and sparkling wine.

Casa da Tapada is part of a larger complex, consisting of rural and granary dependencies, being located in the secluded countryside and surrounded by extensive vineyards and woods. 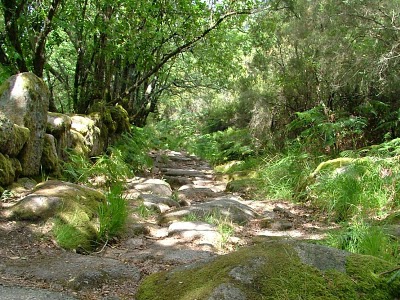 The Via Nova linking Bracara Augusta to Asturica Augusta, current Braga - Astorga, was a Roman road with approximately 318Km​​.

This connection between the two capitals of the Northwest Peninsular facilitated, in Roman times, access from the mountainous regions of northeastern territory under the rule of Bracara, to the western spaceunder the control of Asturica.

In Amares, you can cross part of this road, being recommended the route between the place of Via-Cova, in the parish of Paredes Secas, till Santa Cruz, in the parish of Seramil, and  may continue to the Municipality of Terras de Bouro. 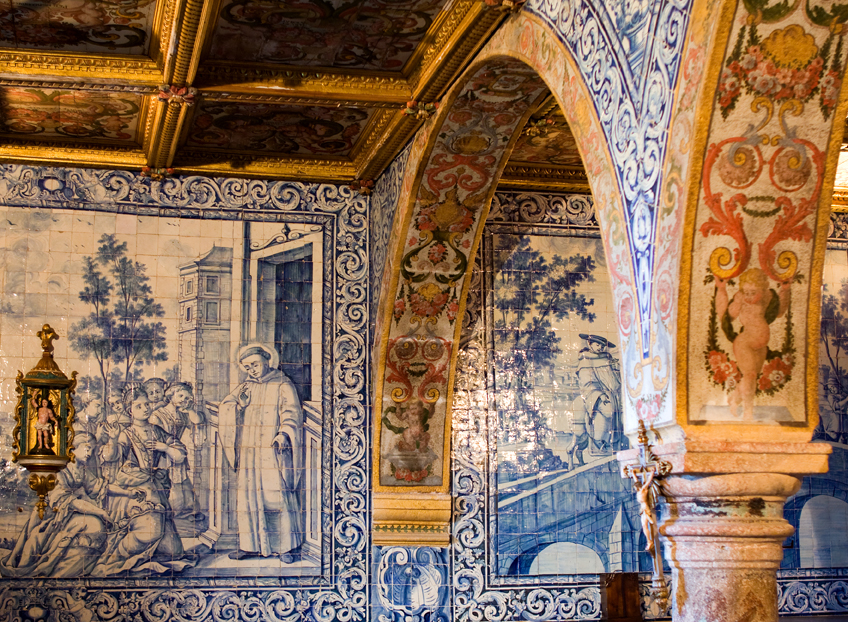 The Monastery of Santa Maria de Bouro, founded in the twelfth century, is an example of the architectural heritage of the county. The Monastery classified as a building of public interest wich belonged to the Cistercian Order and is characterized by its religious architecture, Romanesque, mannerist, baroque, rococo, neoclassical and contemporary.

Part of the monastery has been rehabilitated for Pousada de Portugal, at the hands of the architect Eduardo Souto Moura, winner of the Pritzker Prize in Architecture in 2011. 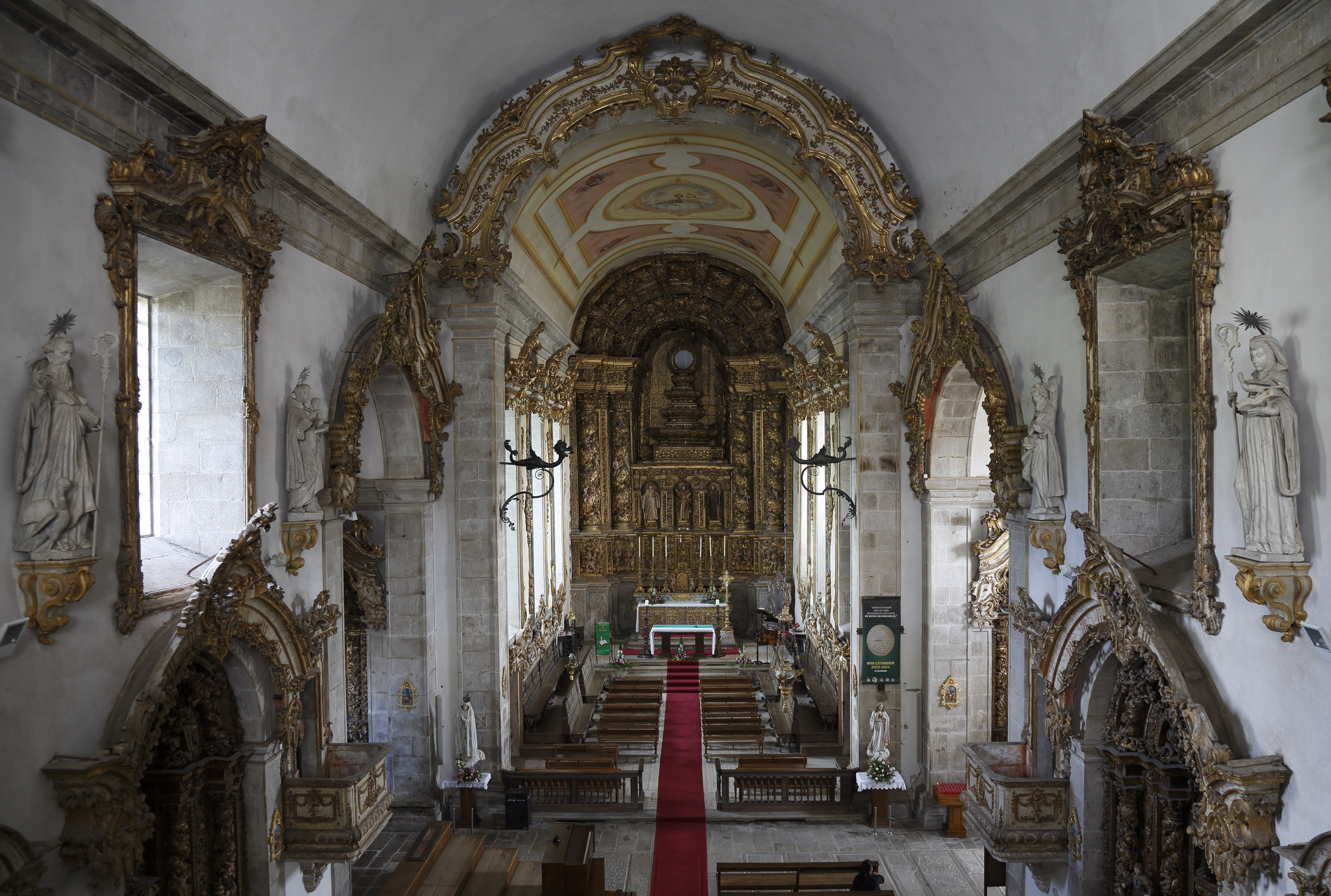 The Monastery of Santo André de Rendufe was founded in the twelfth century by Benedictine monks in Rendufe. The Monastery, where stands the gilded carvings, national Baroque style, is listed as a Public Interest.

Part of the monastery (monastic dependencies and farm) belongs to privates, housing a major production of green wine. Is currently underway, a demand of rehabilitation of the complex.

Museum of the Sactuary of Nossa Senhora da Abadia 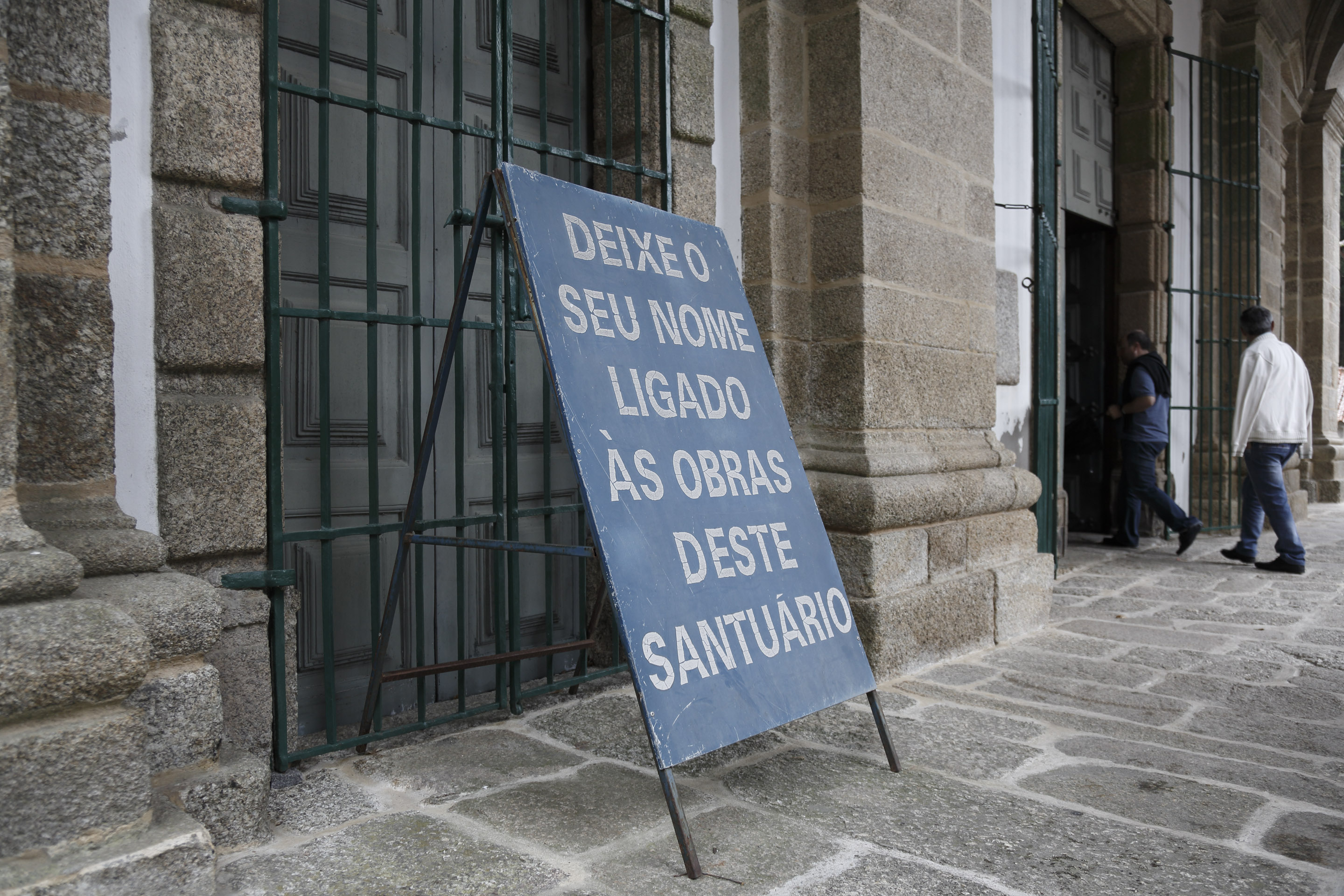 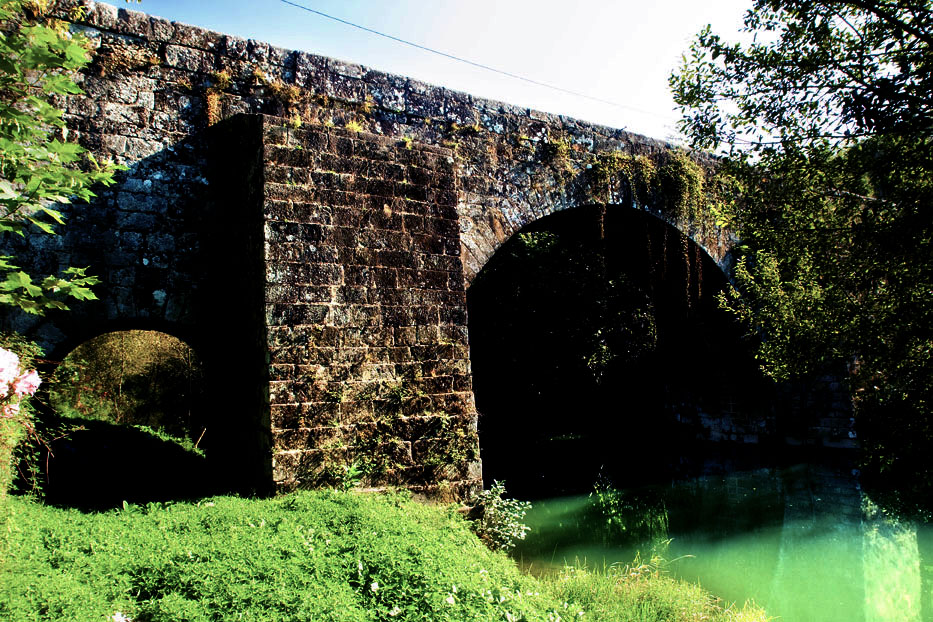 Classified as a National Monument, belongs to medieval public civil architecture. This bridge, located in the parish of Caldelas over the Homem river, connects Caldelas to Vila Verde. 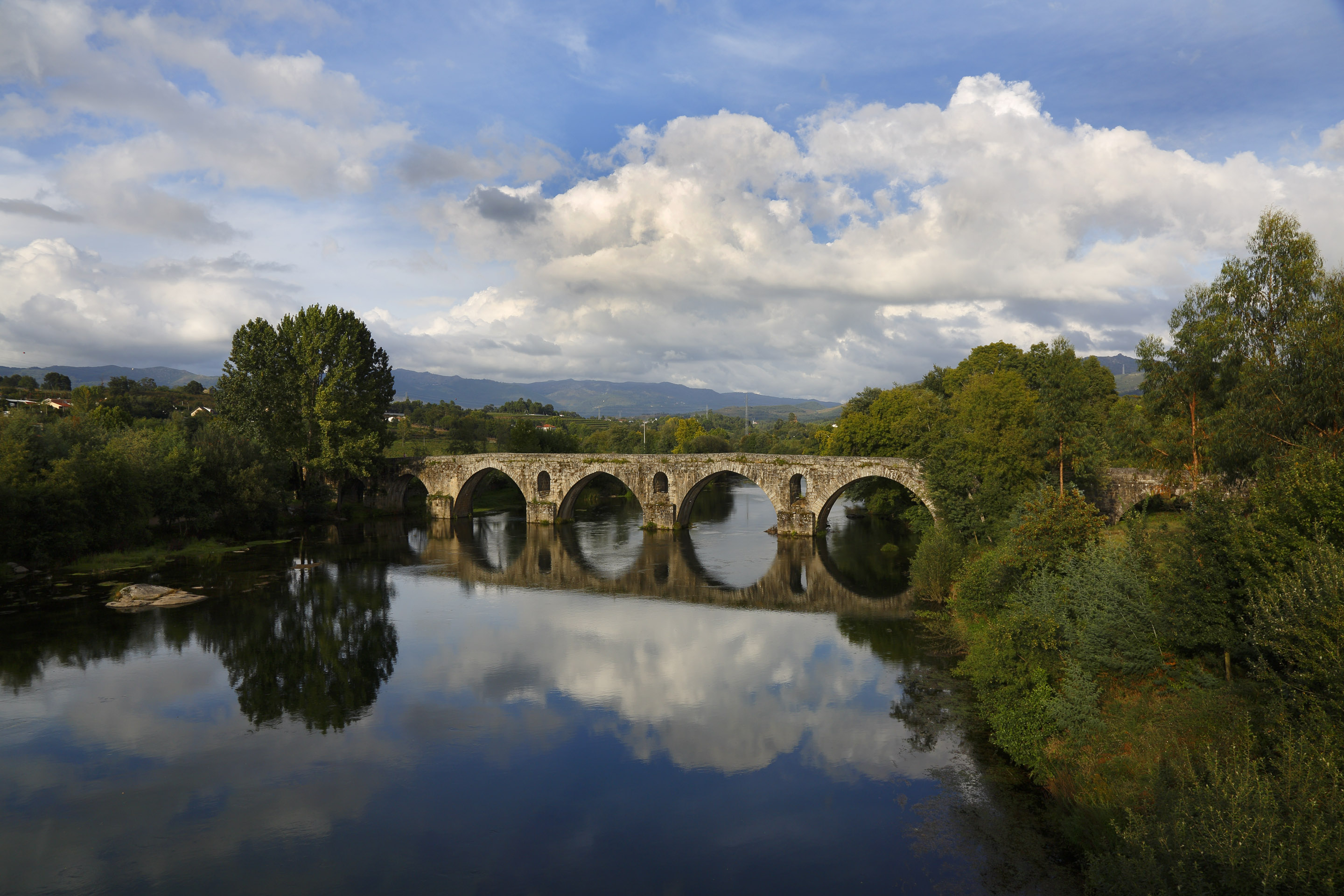 Classified as a National Monument, it belongs to medieval public civil architecture. This bridge with probable construction on the fourteenth century, is located in the parish of Prozelo over the Cávado river, connecting Amares to Póvoa de Lanhoso and Braga.

Amares is located in one of the largest wine regions of Portugal, the sub-region Cávado. In this sub-region, the production of Vinho Verde  still presents deep traditions, where it remains some curious quirks, from the very culture of the vine, with the "vine hanged", until the harvest.

In Amares, the green wines, especially white, are produced with Loureiro and boast an intense floral aroma, which makes them a harmonious accompaniment to fish dishes, seafood, white meats or as an aperitif. In their turn, the Green Red Wines are exceptional as accompaniment to the regional cuisine such as the famous Pica no Chão or Cozido à Portuguesa. 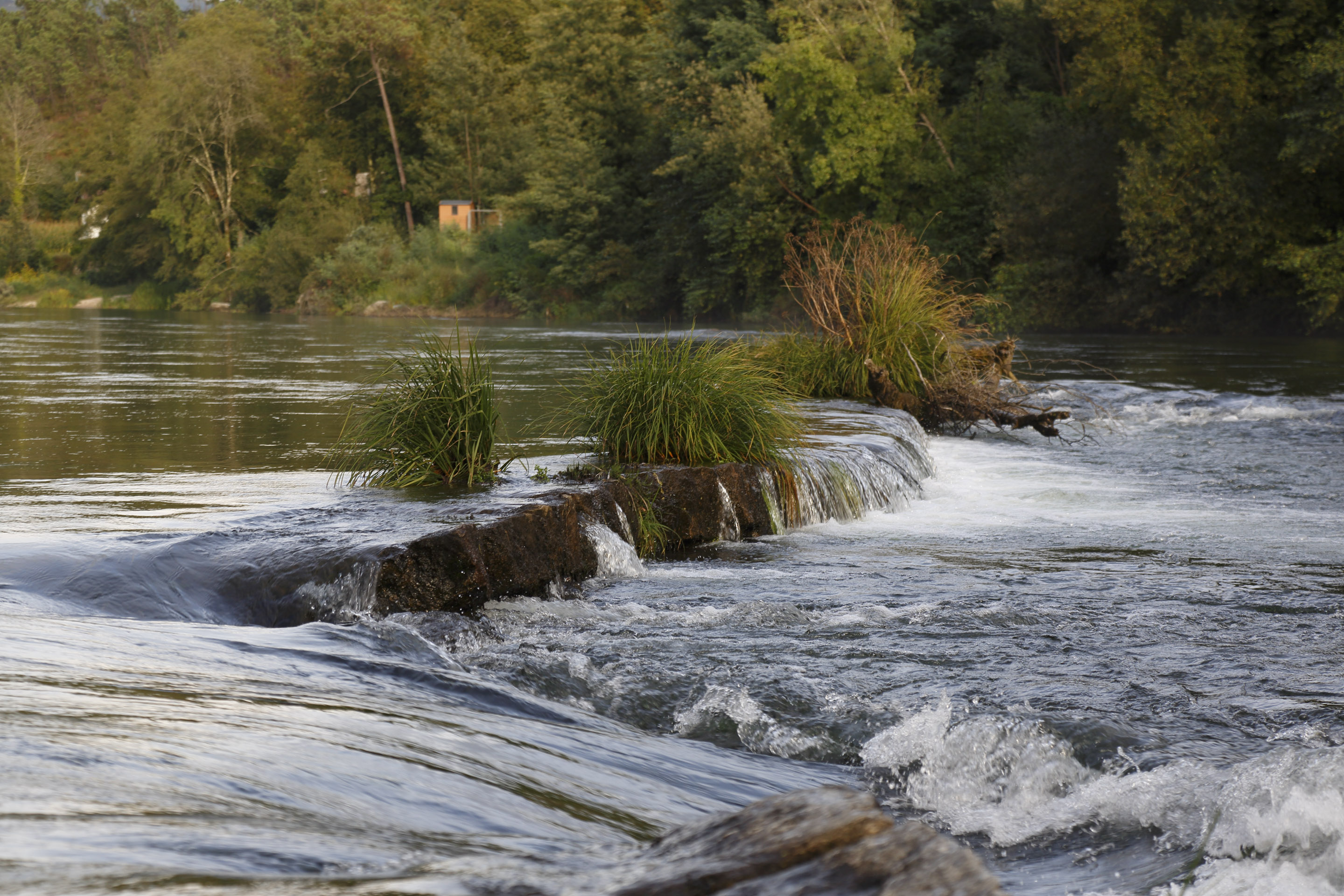 This river rises on Serra do Larouco in Montalegre, at an altitude of about 1520 meters. It empties into the Atlantic Ocean, in Esposende, having covered about 129km. The Municipality of Amares is located on the rightside of this river, and its banks are propitious for observing nature. This river is crossed by Ponte do Porto in Prozelo. 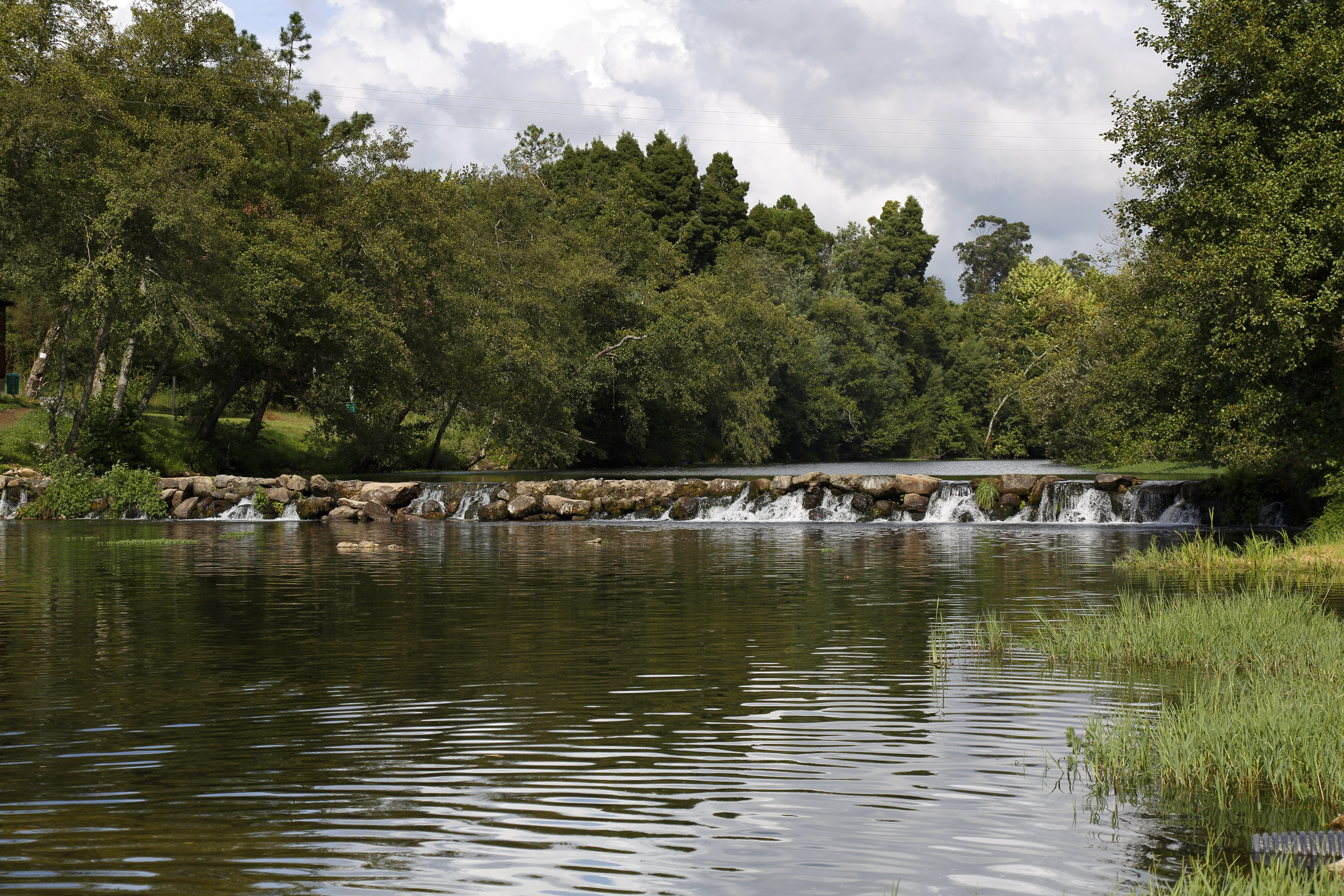 This river, a tributary on the right bank of the Cávado, rises in the Serra do Gerês and has about 45Km long. The municipality of Amares is located on the leftside of this river, and its banks conducive to leisure and nature watching. This river is crossed by Ponte de Rodas, in Caldelas.

Located in a pleasant place, where contact with the natural environment is privileged, the sanctuary was built in the seventeenth and eighteenth centuries, in Bouro (Santa Maria). The Marian shrine belongs to Baroque and Rococo architectural style and consists of Stations of the Cross chapels, church, cruise, fonts and support buildings for pilgrims.

It is a place of devotion and, at the same time, a quiet place of rare beauty, where visitors are invited to stay and enjoy moments of rest. Around the Santuário de Nossa Senhora da Abadia, you can admire a paradisiacal atmosphere, where the whispering waters and the chirping of small birds break the silence that so characterizes this space. Relaxing walks and pathways are very appealing and activities that can promote yourself in your surroundings.